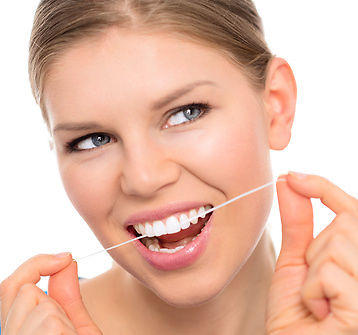 For something you only have to do once a day, flossing is just very difficult to convince ourselves to do. The average individual wastes hours of idle time just checking their Facebook status and around 73% of Americans would rather do anything else than floss. Now, if you’re one of the numerous individuals who feel that flossing does nothing, then you’re in for a bit of a shock.

1. Food debris, dirt and bacteria can get into the tiny spaces in between your teeth.

No matter how close together your teeth are, they still contain gaps in between them, and no matter how small these gaps might look, plaque will still find a way to settle into these hard-to-reach areas. Why do you think that cavities and tooth decay often start along the margins of these gaps instead of right smack on the center of your tooth? It’s because of the constant exposure of these areas to plaque and harmful, cavity-causing bacteria.

2. The plaque, which you do not remove because you do not floss, will harden into tartar in less than 24 hours.

A thin layer will develop on the surfaces and spaces in between your teeth and in the pockets around the teeth which signifies the growth of certain oral microorganisms. However, this film won’t stay sticky and soft for long. Plaque will harden into tartar in less than 24 hours if it is not removed right away, through brushing and flossing.

What’s the big deal about tartar? Tartar is extremely hard and can only be removed by a professional such as Davis Family Dentistry. At the same time, tartar is the cause of gum diseases and pocket formations.

3. Plaque will cause tooth decay.

But what’s the connection between plaque and tooth decay? Plaque is a matrix of cavity-causing bacteria, and bacteria will produce acidic metabolites whenever it consumes sugars. The acids lead to the softening of dental enamel to the point that cavities will start to form, and it will continue to deepen until it reaches the pulp and causes that dreaded but all too familiar toothache.

In all, refusing to floss will cause the build-up of bacteria in your mouth, increase your risk for gum disease and also bring about the tooth decay, pain and possible loss of teeth. Now will you floss daily?